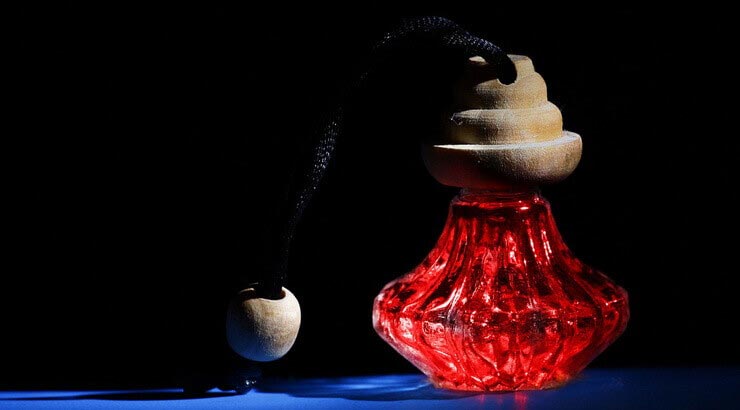 The Best Perfumes for Every Taste

Smells: This is a floral fruity gourmand fragrance with sweet, vanilla, fruity and powdery accords. The notes of black currant and pear adorn the fragrance. The base notes of praline, vanilla and patchouli bring an unforgettable shade.

Smells: Benzoin and balsamic vanilla, magnified by notes of various musky accords give the aroma elegance. The base brings out the aroma of caramel and creates a unique sound of this fragrance.

Smells: It’s got notes of bergamot, jasmine and rose, along with a splash of orchid and freesia. The aromatic notes of musk and patchouli form the base of the perfume.

Smells: This perfume is jam-packed with all sorts of sugary sweet scents, has vanilla, caramel, some cotton candy. Here you will find a mixture of some red fruits, oranges, as well as musk and wood.

Smells: The fragrance has notes of nectarine and kumquat. The core of the fragrance consists of rose marzipan and pomegranate aromas.

Smells: The perfume has the notes coconut essence, almond milk accord and vanilla absolute which go well with notes of magnolia, ylang-ylang and neroli.

Smells: The scent has notes of macarons, raspberry, lemon, Bulgarian rose, bergamot and almond. Bourbon vanilla, white musk, and sandalwood base notes add a uniqueness to the scent.

Beyond Love Perfume by Kilian

Smells: A gorgeous white floral perfume opens with creamy tuberose and sweet jasmine. Coconut and green notes add tropical heat to this scent. A sensual base of amber and musk creates this rich and intoxicating fragrance.

Smells: The earthy, woody base of this unique perfume is formed by notes of suede, sandalwood, cedar, incense, and labdanum. This elegant fragrance includes apple, freesia, and pepper. Jasmine, violet and hibiscus give aroma style and uniqueness.

Smells: Smells: The notes of lemon and orange peel give aroma energizing. Notes of green tea creates   refinement. Jasmine, carnation and oak moss to add a touch of freshness.

Smells: This light and breezy perfume blends floral and musky accords. Combination of pink pepper and soft white roses introduce freshness and airy lightness. The base notes of white musk and sandalwood complete the ingredients with their soothing, neutral atmosphere.

Smells: The perfume opens with fresh apricot, grapefruit and cassis. Lily-of-the-valley, jasmine and rose introduce freshness. The base combines woodsy notes with red apple, thereby creating the original uniqueness of this fragrance.

Smells: The clean accords of Asian pear beautifully blend with rain lily, lady orchid, and blonde woods as the notes. Skin-scent musk, sandalwood, and smooth amber base notes finish off the fragrance, balancing it out and refreshes.

Smells: This is a fresh and fruity-floral fragrance. It is perfect for those who like fresh but not boring aromas. The zesty notes of orange peel and blended citrus fruit deliciously mixes with subtle blossomy tones of pink peony. Velvet-soft sandalwood and white musk leave a sophisticated yet alluring trail.

Smells: This is a fresh and feminine scent. The perfume opens with flowery and aquatic top notes of cyclamen, lotus, rose water and freesia. Sandalwood, musk, tuberose and cedarwood give the fragrance a special sophistication.

Smells: This is a fresh, dreamy and airy fragrance for women. The notes of peony and orange blossom sweetened by ylang-ylang create a refreshing floral touch. A warm and woody base of cypress, patchouli, oak moss, cashmere wood and musk completes this breezy composition.

Smells: The notes of lavender and bergamot go well with notes of jasmine sambac and iris. The base notes of Australian sandalwood, coumarin and Tahitian vanilla create a unique aroma of style and sophistication.

Smells: The notes of black currant, grapefruit and mandarin emphasize smells. The orange blossom, ylang-ylang, jasmine and tuberose create sweet and floral notes. The notes of musk and sandalwood round out the perfume with an earthy, woody aroma.

Smells: This gorgeous women’s fragrance filled with powdery, floral and woody accords. The notes of sweet blackberry, delicate violet and soft rose create a fruity and floral atmosphere. The notes of patchouli, white musk and sandalwood balance the aroma.

Smells: The fragrance is delicate blend of fresh and floral notes. The notes of the wild rose and jasmine give a gentle sound to the aroma. A light touch of pear and pink grapefruit add piquancy. The woody and musky notes complete the composition.

Smells: The notes of black currant, soothing lavender and mandarin open and refresh the scent. The notes of lavender jasmine and orange blossom balance the bouquet. The touch of musk, cedar and Madagascar vanilla creating a sophisticated and charming fragrance.

Smells: The blend of black currant, tuberose and jasmine sweeten the fragrance. The notes of musk and sandalwood complement the floral notes, adding a warmth to the blend.

Smells: This soft and feminine fragrance recalls the onset of spring. The notes of peony, damask rose, apricot and peach go well with notes of Sicilian mandarin. A velvety white musk accentuates the silky fragrance.

Smells: This is a wonderful combination of flowers, fruits and spice. The pink peppercorn, citrus fruits and pineapple sorbet reveal this fragrance. Gardenia and rose tea give the aroma a uniqueness. The notes of patchouli, musk and creamy wood excite your senses.

Smells: Juicy pear sorbet, lemon, bergamot and neroli invigorate the senses. The floral hints of mimosa, orange blossom, freesia and water lily refresh the aroma. The sultry scents of amber, musk and guaiac wood give the fragrance an incredible sexuality.

Smells: The scent opens with powdery notes accompanied by musk mallow. The earthy iris intensifies the scent’s powdery qualities. The notes of sandalwood and sweet vanilla give the aroma a charming and unique atmosphere.

Smells: This is a floral woody musk perfume with floral, powdery, fresh, musky, and green main accords. Pink pepper and African orange flower add a depth to the fragrance. Rice, musk and iris introduce the powdery notes and add the volume to this perfume.

Smells: This floral fragrance opens with jasmine, orange blossom and Bulgarian rose. The notes of patchouli, cedar, vetiver and tonka bean enhance the overall impression of the aroma and the depth of its sound.

Smells: This is a woody floral fragrance with musky, powdery, green and balsamic accords. Mimosa and the root of the iris flower add a creamy and earthy scent. Sandalwood, tonka bean and vetiver create a sensual, mellow and woody undertone.

Smells: This is a powdery floral fragrance with the notes of jasmine, osmanthus, rose, cedar wood and tonka bean. Woody and floral accords predominate in the original fragrance formula. The composition of all components creates a unique scent.

Smells: This is a crisply elegant, undeniably sophisticated green and floral fragrance. The sweet citrus blend of neroli and mandarin orange refresh the scent. The vetiver’s bitter-sweet almond nuances merge with the smoky, dark chocolate facets of tonka bean to give a smooth musky undertone.

Smells: The notes of the spicy-sweet aniseed and bergamot intoxicate you. Carnation, neroli, jasmine, tuberose, rose and violet give the fragrance tenderness and sensuality. Iris, vanilla, tonka bean and benzoin add to the fragrance a mysterious and romantic charm.

Smells: This is a blend of flowers, spices and sweet shades of vanilla powder and ambergris. The notes of carnation, cardamom, rose, narcissus, and jasmine create a unique charm. The notes of vanilla, tobacco, cinnamon, sandalwood, and patchouli complete this composition.

Citizen Queen Perfume by Juliette Has A Gun

Smells: This is a is a mysterious and alluring fragrances. The notes of powdery, floral aldehydes mingled with bergamot and sensual leather open the scent. The woody tones of iris and creamy tuberose introduce a depth and fullness. The notes of ambroxan and vanilla produce a delicious light musk finish.

Smells: The fragrance includes a variety of notes, specifically musk, cedar, sandalwood, rose, freesia and bergamot. The notes of almond, iris, violet and mimosa give this fragrance an incredible chic and unique style. 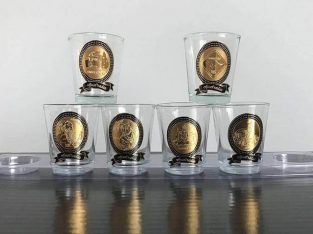 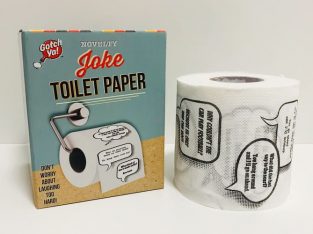 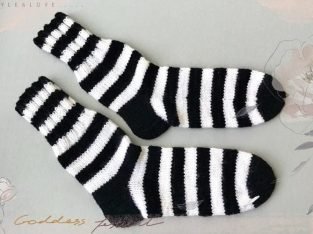 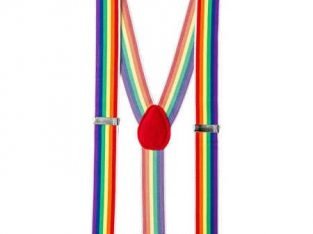 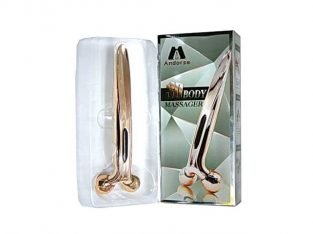 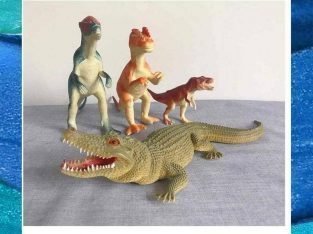 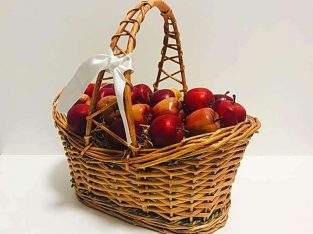 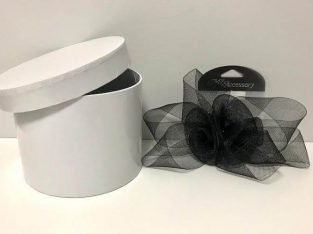